WOMEN PHYSICIANS WHO CHANGED THE COURSE OF MEDICINE

It can be traced back in history where women were held back from entering the realm of medicine. But despite the prevalent discrimination back then, there were women who went against the tide, broke barriers, and changed the course of medicine. Here is a list of women physicians whose contributions and discoveries saved millions of lives around the world.

Metrodora Metrodora was known for her book title “On the Diseases and Cures of Women,” the oldest surviving medical textbook written by a woman. The book contains various subjects such as vaginal infections, use of speculum for medical examination, and other gynecological issues, and other information about general health problems. Elizabeth Blackwell Elizabeth Blackwell was rejected by many universities before she got accepted to Geneva Medical College in 1847. Two years after, she graduated first in her class and became the first woman with a medical degree. In her fight for women’s equal rights in the medicine field, she wrote an inspirational book titled, “Pioneer Work in Opening the Medical Profession to Women.” In 1857, she opened a full-scale hospital that can accommodate medical and surgical patients–– New York Infirmary for Women and Children. Marie Curie Marie Curie’s discovery of polonium and radium, two chemical elements in the periodic table, led to a series of medical breakthroughs such as x-ray and radiation therapy for cancer treatments. During World War I in Europe, Curie brought her mobile x-ray machines and radiology units that utilize electromagnetic x-ray so doctors can see the bullets and shrapnel in the bodies of wounded soldiers without the need of open surgery. Curie is a two-time Nobel Prize winner–– one in physics in 1903 and one in chemistry in 1911–– making her the first and only woman to have been awarded twice. Virginia Apgar Virginia Apgar invented the Apgar score in 1952, a test that evaluates the health of newborn babies to check if urgent medical attention is needed, which reduced infant mortality rates. Until today, the Apgar score is still used by doctors to check an infant’s heart rate, muscle tone, and other signs that may call for emergency medical care. Mary Edwards Walker Walker is a surgeon, women’s rights advocate, abolitionist, spy, and the only woman in the United States of America who received the Presidential Medal of Honor. When the Civil War broke out in 1861, she was the only U.S. Army female surgeon who treated wounded soldiers near the front lines and even went behind enemy lines to treat civilians. This list is merely a fraction of women game-changers around the world and these stories are just a few testaments to the unbreakable power of women amid the misogynistic obstacles that are thrown in their way.

Book An Appointment
Review Us On Google 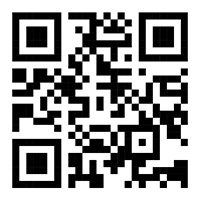